skip to Main Content
949-415-7778 info@mypickcloud.com
How far has PICK/MultiValue come and where will it go?

New decade who dis? As we enter a new decade it is natural to reflect. How far has PICK/MultiValue come and where will it continue to go? On January 7, 2020, PICK was 19,000 days old!  Here is a bit of trivia for you – technically, that date could have been any date. Dec 31, 1967, was a date my father chose.  A lot of people thought that was the original date of the first release.  It sort of was.  However, once I figured out how the internal date zero worked I remember asking my father how come that date?  I remember him saying “I should have made day-zero December 8, 1964.”  That was the birthday of my sister and it just so happened to be the time when my father was introduced to Mr. Don Nelson.  But the real reason he chose 12/31/1967? Because it was a Sunday, and he wanted day 1 to be the first day of the workweek (Monday).  How many of you really knew that? 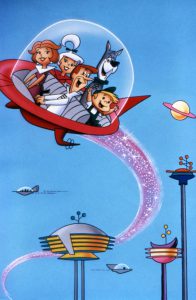 2020 was the year the Jetsons had a flying car. When it was developed, do you think there was thought as to how long PICK/MultiValue would be around and what technologies it would be compatible with? Was cloud computing a Jetsons-like thought or because of timeshare, it already existed?

Seagate will ship 18TB and 20TB hard drives this year. That is incredible since the first PICK systems only had 10MB (disk) and some of the larger ones had 50MB. It is truly amazing how far technology has come.

With vendors like Rocket Software and Zumasys constantly improving upon MultiValue and integrating with new technologies, the sky’s the limit!

Cloud has a big part to play in the MultiValue community. Ideas like DBaaS provide PICK resellers and developers the opportunity to sell their Software as a Service (SaaS). This allows consumers to get PICK and pay for it like they are used to paying for other SaaS offerings. This allows resellers to be competitive in today’s market, plus they and their customers don’t have to worry about the infrastructure.